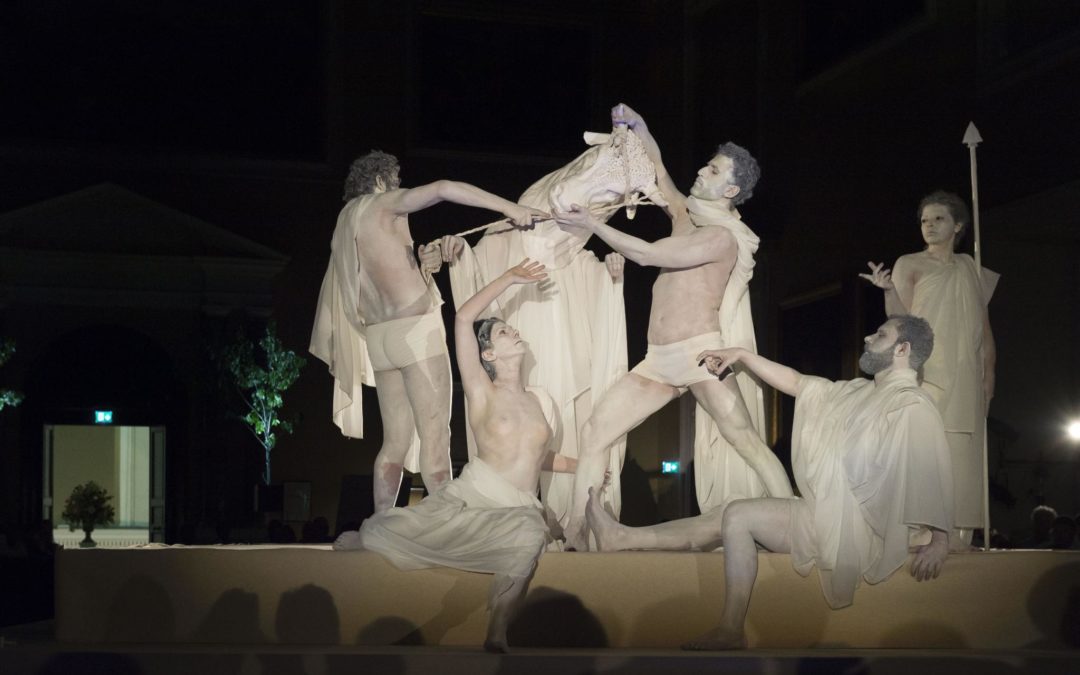 As part of a gala dinner for an important international convention held in the Meridiana hall of the Naples Archaeological Museum, we needed to offer some utterly unique entertainment for guests.

Inspired by the impressive collection of Hellenistic statues from the Farnese collection housed in the Museum, we decided to create a show of Sculptures Vivantes, asking the Ludovica Rambelli Teatro Company to collaborate with us in the creation of an original production.

So, together with the director Dora De Maio, we selected the most significant pieces and designed a performance in which 6 actors first gave life to single statues, then to pairs, ending with the representation of the Toro Farnese sculptural group.

To this end, a three-level pyramidal platform was created, around which 40 tables for guests were arranged, where actors Laura Lisanti, Chiara Giandomenico, Andrea Fersula, Paolo Salvatore, Claudio Pisani and Ivano Ilardi went on stage, accompanied by music from the 17th Century.

One of the main obstacles encountered in the performance of the show was to make the bodies of the actors as natural and realistic as possible, recreating the best colour and texture of the stone. For this aspect, with the support of the lighting planned and executed by Marco Luongo, we used a collaboration with the Sem Più Makeup School of Rita Parente in Caserta, which, after a long preparation and makeup period, has indeed guaranteed excellent results.